Friday night’s Shark Tank was one of the better episodes of the season.  The entrepreneurs were resilient, the products were interesting, and one of the biggest deals in the show’s history took place. So let’s dive right in and bite into the episode’s highlights (puns intended. Puns so intended):

Steven pitched the most practical product of the evening: luggage that could fold flat for easier storage.  Who doesn’t need this? My closet right now has a bulky piece of luggage tossed in there.  At least I would be able to fold it flat before tossing it in there.

Steven’s pitch was good overall, but he stumbled a bit when he admitted that it was a challenge to educate consumers on the benefits of foldable luggage (over normal, ever-bulky luggage like the bag in my closet). Daymond, however, was intrigued enough to offer $500,000 for a 33% stake and tried to close the deal quickly.  Lori got in on the fun, offering the same deal but hinting that she would change the name and packaging of the product.

“She’s giving you a Janet Jackson deal… ‘cause she wants control.”
– Daymond to Steven, referring to Lori

While Steven called his father for advice, Lori and Daymond discussed what resources they could provide for Biaggi.  Of course Lori, with her QVC connection and all that comes with it, was a better fit. So once Steven returned from his phone call, Daymond took back his offer and admitted that he thought Lori would be a better fit. Steven then accepted Lori’s offer.

Honor before glory on Shark Tank. Who knew?

Lydia, with 8 years of experience in dermatology, brought an all-natural soap bar for men that cleanses, exfoliates, and disinfects to prevent razor burn and hair bumps. What made this pitch memorable was Lydia’s confident personality, so confident that the pitch ventured into Love Connection territory.  After Lydia disclosed that she makes all of the soaps at home in addition to working another job, the following exchange took place:

Daymond – “That sounds time-consuming…and what does your husb- uh, are you married?”
Lydia – “No sir. You know some single guys?” *flirty stare*

Lydia’s confidence was not enough to get a deal, however. The Sharks agreed that it was too early in her venture to ask for such money. And Daymond – who ended up being Lydia’s last hope – thought that he would be of little service to her due to his lack of knowledge about soap production.

Lydia had to go, but did so in a blaze of glory:

Kevin reminded us that he’s the lightning rod on the show by running down the product’s valuation:

“Why are you worth two and a half million dollars?”
“You don’t make any cash flow…”
“I think you overpriced your business…”

You get the picture.

Shawnna and Kurt attempted to woo Daymond, but Mark Cuban stepped in and showed real interest. He offered $500,000 for 30% with a stipulation he wouldn’t reveal unless they took his deal immediately.  Shawnna and Kurt accepted, and Mark revealed that the stipulation was that they had to make some fashionable Dallas Mavericks gear for his wife. The company has certainly delivered. Smooth move, Mark.  Smooth move. 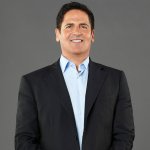 $2.5 million is quite a bit of money to ask from anybody. Yet Andrew was confident enough in his product’s potential to give it a shot.  Zipz are portable “glasses” of wine – you unzip the outside wrapper, unscrew the air-tight lid and attach it to the bottom as a coaster, peel off the seal and drink up.

“Our packages are going to become to the wine industry what the aluminum can became to the soda industry.”
– Andrew to the Sharks

The container that held the wine was so strong that Andrew stood on it.  Because that’s surely what I would do with portable wine.

After some back and forth with the sharks about patents, and comparisons to a past Shark Tank guest who had portable wine, Kevin made his play.  Focusing on the prospect of getting the product into Costco stores, Kevin told Andrew he could work with him if the per-glass price (originally $2.99) was lowered to about $1.49.  Kevin turned up the pressure by offering the $2.5 million at 10%, but requesting the option for him to get that same valuation even if Andrew eventually sold the company to someone else at a higher valuation.   The negotiation showdown here between Kevin and Andrew made for great television, and Andrew had to leave to talk to the investors of Zipz.

“These wine guys drive me crazy.”
– Kevin to the world

When Andrew returned, Kevin continued pushing for the deal before Andrew finally said, “I’m on board.”

And with that, another great episode came to a close.